The test case can be considered the backbone of software testing. It is the set of instructions and inputs that is followed by a software tester with the goal of finding instances where the outcome was not expected - a bug or defect in the software.

Well-written test cases contain scenarios likely to uncover bugs and defects, so it is crucial that the scenarios are valid for proper test coverage. How do we design our tests so that they capable of making sure the software is thoroughly tested or useful in uncovering defects? Thankfully, there are helpful test design techniques that can be followed that do exactly that. By employing these techniques when designing test cases, testers can utilize test data that's most effective at triggering these bugs and defects.

Let's look at an example to visualize this. Imagine you are testing gradebook software used by teachers, checking that a student's number grade on a test is given the correct letter grade upon being input into the system. 0 to 64 should output F, 65 to 69 should output D, and so on.

We can easily see our valid partitions, grouped by the ranges that make up the letter grade. The idea is that we'll choose a single input from each partition to use in our testing, since we're assuming that all numbers in a partition will behave the same, and testing every possible number in these ranges would be too time-consuming. 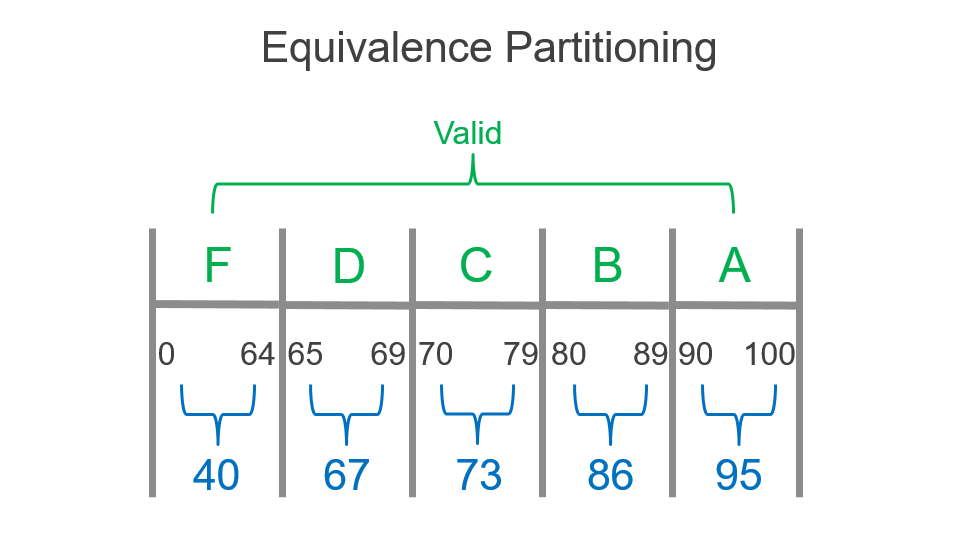 What if the teacher accidentally inputs a negative number or a number above 100? We should test those invalid partitions as well to make sure the system behaves correctly, for example checking that an error message displays.

Our invalid partition at one of the spectrum can cover an infinite range of negative numbers, so we'll just choose -5. On the other end of the spectrum, we'll choose 110 to check for numbers greater than 100. So, our test cases based on EP would use these seven values, the minimum number of numeric inputs to cover every expected behavior of the application. 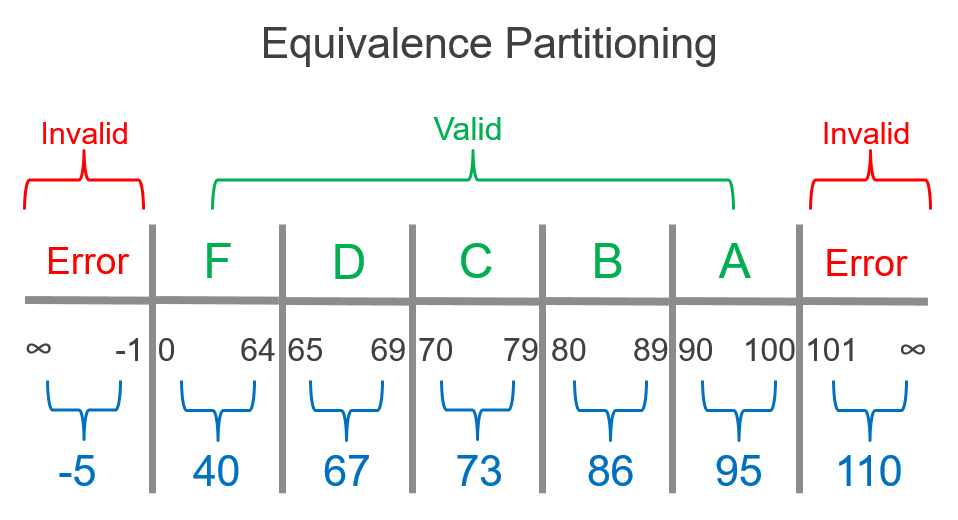